Will Smith is preparing for audiences to need a break from him after his behaviour at the Oscars this year.﻿

In a new interviewSmith, who won the Oscar for Best Actor despite slapping comedian and host of the ceremony Chris Rock across the face on-stage, said he could appreciate that some might not want to seek out his new film, Emancipation.

“I completely understand that if someone is not ready, I would absolutely respect that and allow them their space to not be ready,” Smith said to Fox 5 reporter Kevin McCarthy.﻿

Watch the video of Smith’s interview above.﻿

Emancipation is an Apple original film directed by The Equalizer director Antoine Fuqua﻿.

The actor, 54, added that he hoped his conduct, which led him to be banned for 10 years from the Oscars Gala and other events, wouldn’t affect Fuqua and the film’s chances at next year’s ceremony.

“My deepest concern is my team – [director Antoine Fuqua] has done what I think is the greatest work of his entire career… the people on this team have done some of the best work of their entire careers,” he said.

“My deepest hope is that my actions don’t penalise my team.”﻿

Following immediate backlash after the slap, Smith took to Instagram to issue a public apology to Rock.

“I would like to publicly apologise to you, Chris. I was out of line and I was wrong,” he said. “I am embarrassed and my actions were not indicative of the man I want to be. There is no place for violence in a world of love and kindness.”﻿

The actor says he hopes audiences will still go out to watch the movie, and appreciate its artistry and story.

“I’m hoping that the material, the power of the film, the timeliness of the story, I’m hoping that the good that can be done would open people’s hearts at a minimum to see and recognise and support the incredible artists in and around this film.”

The film itself is set in the era of the American Civil War and follows a man named Peter who manages to escape from slavery and evade hunters in his quest for freedom﻿.

In the same interview, Smith said the character of Peter proved to be “one of the most gruelling and transformative processes of my entire career.”﻿ 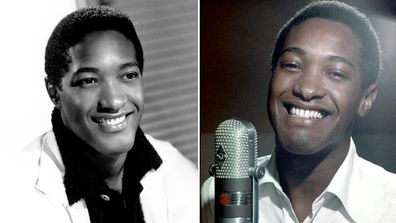