Legendary music editor Chris Ledesma, who produced the soundtrack of The Simpsons for 33 years, has died aged 64.

The musically talented producer started working for the iconic cartoon when it premiered in 1989 and only retired in May 2022, just months before his death.

Producers of the show paid tribute to Ledesma on the 745th episode of The Simpsons, with the music editor immortalised in cartoon form alongside the rest of the fictional family in the opening credits couch scene.

“In loving memory of Chris Ledesma,” the tribute read, as Ledesma was pictured conducting Lisa while she played the saxophone.

Ledesma stepped down from his role as music editor after 33 years due to health reasons. No cause of death has been given, however online obituaries note his death as occurring in December 2022.

Several of Ledesma’s colleagues mourned his death on social media.

“A wonderful, hardworking, very talented man who will be missed by all he knew,” writer Al Jean said on Twitter.

“Chris Ledesma was a sweet man who loved his job and was really, really good at it. We miss him,” another write, Carolyn Omine, tweeted.

In September 2021, Ledesma marked a milestone after realising he had worked on The Simpsons for half his life.

Ledesma was replaced in season 34 by Jake Schaefer after he stepped down from the role.

He is survived by his wife of 39 years, Michelle, and two daughters. 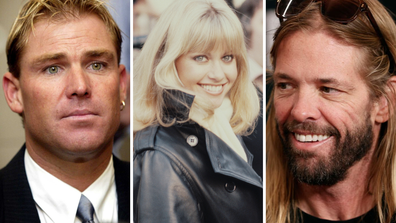 Remembered: All the stars we lost in 2022