Talk show host Jonathan Ross has opened up about dealing with his daughter’s chronic illness from a parent’s perspective.

Speaking on British talk show Loose WomenRoss, 62, told the hosts his daughter Betty, 30, suffers from fibromyalgia and POTS syndrome, which makes her heart rate shoot up and now means she uses a wheelchair.

“There’s a thing called the Perrin treatment. The guy who invented it, he came to talk to me about it and she looked it up online because she’s a smart young woman, so she has to want to do the treatment,” Ross explained.

READ MORE: More pets go missing on New Year’s Eve than on any other day: How to prepare﻿

“I can’t just say to her ‘try this, try that’ if she thinks it’s wrong in some way and if she’s not going to enter it one hundred percent, of course it’s not worth doing.

“But we’ve been having that treatment going on and she’s definitely showing some improvement.”

Ross says that one of the worst things about suffering chronic illness is the depression that comes along with it.﻿

“She still can’t walk very far. We got her an electric wheelchair in the summer, so we can at least go out and go for walks with the dogs and that’s lifted her spirits a lot,” he said.

READ MORE:   What Did Donna Barber Do? Why Did She Resign? - Video Went Viral

“Because that’s the problem, if anyone out there who knows or who’s got someone with a long term illness, you know, it’s the depression.

“Being stuck indoors and not being able to join in with things because even stairs are a challenge to her. So if we’re going out we have to give her plenty of time to get ready, get downstairs and then have a rest before we go to the next step, you know.”

On a positive note, Ross says his daughter seems to be improving.

“It does have an impact but the good news is she’s definitely showing improvement and feeling better in herself,” he added. “So we’re relieved and we’re happy with that.” 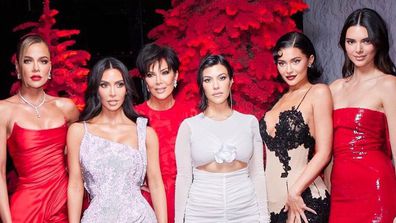