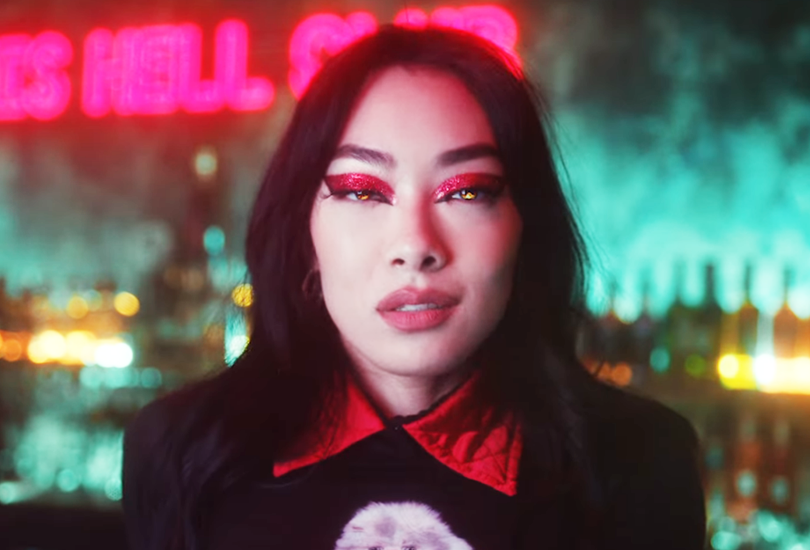 The music video for Rina’s “This Hell” is here, and it’s cute. But…

I’m not watching this video again. It’s great to Rina in a music video which feels bigger and has a level of production that she deserves as she walks the path to being the main pop girl on the main stage. (Us Pixels BEEN knowing). But the entire time I was watching this, I was thinking to myself ‘I want more’, which is exactly how I feel about the song.

With both the song and the video, Rina is on the cusp of something really amazing, but neither gives enough to really tip it over the edge for me. I wanted the song to be bigger and feel truly anthemic. And I wanted the music video to feature scenes and moments which are so stand-out and make such great snapshot moments, that everybody is GIF’ing and meme’ing them…to hell. I wanted Rina riding a bronco in slow motion with Pocahontas bundles, surrounded by fire. I wanted the album cover of “Comme des Garcon (Like the Boys)” come to life, but more satanic. I wanted Rina’s wedding dress to burn up and give us an outfit reveal, like in Cruella. I wanted the whole church and everybody in it to catch fire, like that theatre scene from Parasite Eve. I wanted a scene of Rina line dancing with versions of herself from her previous music videos. We coulda had a whole video which was a spoof of Stranger Things, and people being abducted into Hell. I just wanted moments. Rather than ‘Oh, she’s in a polyamorous marriage and now she’s dancing in a bar’, which is kinda all this video was.

I wonder if part of me being so glassy eyed in regards to this music video is because it features so much of what I’ve seen in pop recently. The whole ‘yee-haw’ agenda has been done by countless other pop stars as of late, including Orville Peck and Lil Nas X, who drove it into the ground. One of Beyoncé’s Ivy Park collections from 2021 had a rodeo theme, which also included fire and featured Orville Peck. And as for church shit, we got a moment in Charli XCX’s “Good Ones” and also a wedding set up in a Lil Nas X video, who also put out a video about being lambasted and then going to hell for queer shit. So with all this in mind, I do wish the music video had gone in slightly different directions, or been a bit more memorable in the directions in which it did go.

But Rina looks great in this video, and the production value is definitely there. And the song and video should absolutely be run the fuck up for Pride.