Hello, all the entertainment lovers, so, the weekend is here and all those who aren’t going out to enjoy weekend some of the highly amusing channel is coming along with some engrossing movies to entice their enormous viewership. Well, this time one of the longest-running and engaging channels Colors Cineplex is bringing the world television premiere of Manjulika Returns. The channel is well known to air some of the biggest South Indian Films in its Hindi version. As we all know that South Film Industry is dominating the entertainment industry and the channel isn’t leaving any stone unturned when it comes to keeping the audience to the edge. Get more information on Manjulika Returns WTP including channel, date, and timing. 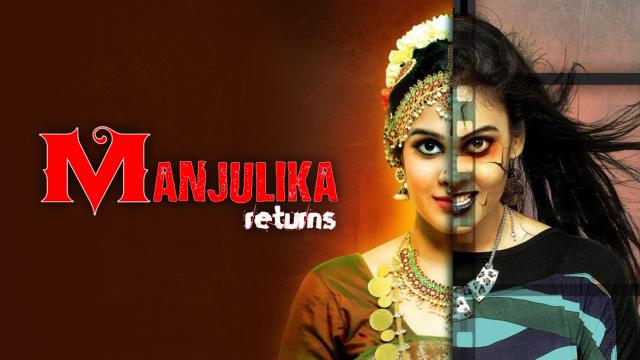 According to the latest reports, the film is going to be screened exclusively on Colors Cineplex at 8 PM IST on 17th July 2022, Sunday. So, as we all know that Manjulika is one of the most iconic horror characters in the Indian Film Industry. The character first time emerged in Akshay Kumar and Vidya Balan starer Bhool Bhulaiyaa released in 2007. Vidya Balan portrayed the role and amazed the audience with her legendary performance. Her performance gave the character a new identity.

The legacy of Manjulika is continued by the much-awaited sequel of Bhool Bhulaiyaa featuring Kartik Aaryan, Kiara Advani, and Tabu. The film emerged as one of the biggest hits of the year 2022. Well, in the sequel of the film Tabu essayed the role of Manjulika and she also astonished the audience with her heart-winning performance. The actress received immense favourable words of mouth for her splendid performance as Manjulika. Well, Manjulika Returns has arrived to add more spice to the performance of the character and that is too with its Hindi version.

Manjulika Returns also received a positive response from the audience and also get a successful digital release. Well, now, the film is arriving on Television with its Hindi version to entertain its North Indian fans. The plot of the film revolves around A struggling actor who got a role in a film. However, the location of the film is quite spooky and after some while, the entire cast and crew witness a lot of paranormal activity.

The film is enhanced by Bhanu Prakash Bulusu. Manjulika Returns cast Manoj Nanada, Anil Kalyan, Chandini Tamilarasan, and Subhashini in the leading roles. Tune in to Colors Cineplex at 8 PM today and get entertained. Stay tuned with Spot72 for more information and the latest updates.