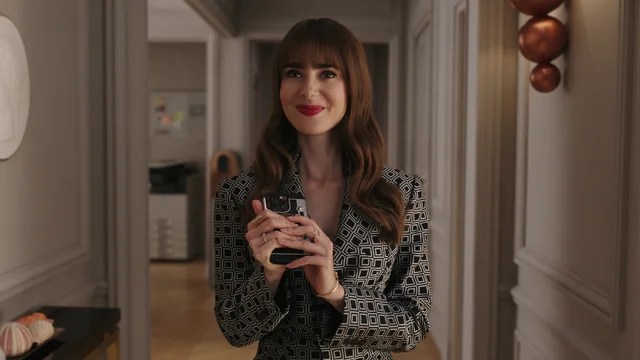 What could the Emily in Paris season 4 premiere date be over at Netflix? We certainly think there’s a lot to consider here! We’re talking about a successful show that we’re sure the streaming service is going to do their very best to promote. Season 2 generated a ton of discussion and we tend to think that season 3 is already doing the same. It’s one of the reasons that season 4 was renewed so far in advance!

Now, let’s get into when season 4 could actually be available for streaming — and some of the months that make the most overall sense.

December 2023 – Let’s face it. This is the most likely spot for the show to premiere, just because it establishes some measure of tradition. If you are Netflix, this is precisely the sort of thing that you want to have. It makes it so that viewers know when to check you out!

January 2024 – With this being said, we can’t just forget that this a ton of Netflix series out there have more than a year off between seasons. We don’t necessarily think that it has to be that way with Emily in Paris given that this isn’t a show heavy on visual effects, but this date just may make sense for Netflix within their larger lineup.

February 2024 – Finally, we look at this mostly as the worst-case scenario provided that the powers-that-be don’t do anything altogether shocking. They wouldn’t want to do something like that at this point … right?

In the end, we’re mostly just happy to know that the series is coming back such a significant amount of time in advance. It makes things easier to not have to stress about the renewal. Instead, we can stress about what happened when it came to that big-time cliffhanger!

What do you think is the best possible Emily in Paris season 4 premiere date at Netflix?

Be sure to share right now in the comments! Once you do just that, stay tuned for other updates you don’t want to miss. (Photo: Netflix.)