Anita Pointer, one of the founding members of the R&B group the Pointer Sisters, has died at age 74, according to her publicist Roger Neal.

Pointer passed away Saturday at her home in Los Angeles where she was surrounded by her family, Neal said in a statement to CNN. The cause of death was cancer, he said.

“While we are deeply saddened by the loss of Anita, we are comforted in knowing she is now with her daughter, Jada and her sisters June & Bonnie and at peace,” Pointer’s family said in a statement.

“Heaven is a more loving beautiful place with Anita there.”

“She was the one that kept all of us close and together for so long. Her love of our family will live on in each of us,” the statement said, while also asking that the family’s privacy be respected “during this period of grief and loss.”

The four Pointer Sisters began singing together more than 50 years ago in their hometown church in Oakland, California, where their father ministered.

Bonnie Pointer and her youngest sister, June, made their professional singing debut as a duo in 1969.

They later recruited older sisters Anita and Ruth to join them, before releasing their first album together in 1973.

The group won their first Grammy Award for their crossover hit, Fairytalein 1974. They are also known for hits like Slow Hand, Neutron Danceand Jump (For My Love). 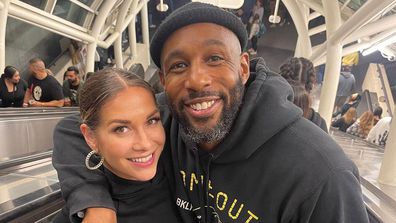